New World Order Depopulation Alert! Trump who is part of the Deep State? he hides behind? is now pushing for Herd Immunity from this possible A.I. artificially designed Covid Virus which could kill billions of people worldwide using Herd immunity the depopulation conspiracy goal of the NWO.  https://www.theweek.co.uk/108310/donald-trump-herd-immunity-plan-could-result-in-millions-dead

Global Warming end times as seen by the Celestial Quantum Mechanics which was written in the Bible with the rise of Trump with the goal of destroying Earth with support from people who go by the satanic name of the Deplorables. Quote from the Bible....

"On that Day the heavens will disappear with a shrill noise, the heavenly bodies will burn up (global warming) and be destroyed, and the earth with everything in it will vanish. One of his first acts of Trump as US president was to withdraw the US from the Paris Climate Treaty. This was Trump saying: “All humanity and all the creatures of the earth can burn.” Then he proceeded to align himself with all the despots and dictators of the world, from the Saudi regime, which is a caricature of evil, to Putin, who is a comic book megalomaniac. Fact is stranger than fiction. Will it all come true? Like Steve Miller Trumps mouthpiece said. Soon the world will know. Watch Trump the Antichrist rise from his Covid grave as a hero and his poll ratings go out the roof and get reelected while continue pulling his supporters down into the Lake of fire with him as they get more mean pushing his satanic base to torture all who stand against him. Stay tuned folks. I think we're in the Rapture right now and the horses are riding. It will be fascinating to witness along with equal horror all at the same in a time to witness this thing playing out the force of good against evil written about for thousands of years. We're in it right now. The Universe is strange. Prepare now make the choice of Heaven or Hell. Both are eternal. One is an eternal jail cell of horror the other a Bliss. There are rules in this universe we find ourselves in. Humans don't make those rules. We can change the timelines though to make a better world. Just my social media daily rant thoughts. I really don't have a complete clue but feel I have an understanding. And I think I do know what evil looks like. The GOP opened the door to the Devil along with his controlled base. Once you take the number of the Beast you can't give it back. Those are the rules. Your caught like a fish and your mind is controlled you cannot pull yourself free. The Beast walked into the White House and I seriously doubt whether he's leaving anytime soon even with his Covid diagnosis. This reality show hasn't hit its highest ratings yet. But soon will. Stay tuned.......Karma really is a Bitch http://jamen.do/t/1637870
Posted by Supernatural Gears: Lenny Wiles Lionstar Marshal at 10:17 PM No comments:

Now I get it. He owes all those millions to Putin that's why he praises that Dictator and writes love letters to him or was that the other Dictator guy in North Korea. American banks no longer gave Donnie loans cause he filed for bankruptcy too many times losing more money than it takes to send a hundred men to the moon so he went to Russia asked Putin and he handed over the loot. With one exception though. I want you to do everything I tell you which is ruin America in return and set up a coup so we can finally win the cold war and get those Russians tanks in the American streets. Donnie agreed but now the cosmic Karma has come a knocking to show everyone the emperor really doesn't have any clothes on. Although the 40% still see him in his undies. The blindfold around their minds are too tight. I really wonder if he ever made any money. His Dad gave him around 400 million dollars and he lost it all. How could you lose that much money. Bet Daddy got really mad.

Things are getting very Apocalyptic under these Antichrist times

Trumps plan to get rid of Social Security which he has now mentioned twice if he gets reelected. He plans to end the payroll tax which funds social security. With the trust fund exhausted, remaining revenues would only be able to pay for 50 percent of promised benefits, declining over time. For an average earner who retired at the age of 66, a 50 percent benefit cut in 2025 would be a loss of $859 per month, or $10,313 over a year, in today’s dollars. Be careful who you vote for Retirees you may get your wish and you might not like what you get in return. Nothing. You may find yourself living in a tent in the woods scrounging through garbage bins for food. Of course it won't affect the rich they'll be getting richer. AGAIN.

Getting scary in America right now. Things are getting very Apocalyptic under these Antichrist times the 40% put us in. Bound to happen sooner or later I guess. Pandemic pentalence virus. Destruction by Global warming fire. Earth seems to be going up in flames as predicted. Huge monster storms unheard of 5 in a row right now headed our way. Wormwood destruction? Soon Famine starvation when the temperatures begin to really soar destroying all crops? No telling what's going to emerge from out of the melting permafrost up North. God knows what's going to emerge from there when those ice fields melt. And their melting real fast right now. I think those horsemen are on their way if not already here.

I think we need a divine intervention very soon or at least some people need to get their head out of their tribal ass and take that blindfold off their mind and wake up. There still might be a chance to pull out of this Apocalypse or a least maybe slow it down for awhile to get our bearings back so the majority of people on Planet Earth can get some common sense back and do something constructive instead of letting the self serving few set their destructive agenda for the rest of us. The silent many.

Posted by Supernatural Gears: Lenny Wiles Lionstar Marshal at 8:30 AM No comments:

New Age Nazi's with a Coke Spoon up their nose

New Age Nazi's? So people at Woodstock were really on the Right. That could be true. I've heard that before and I've always kinda of thought that. Peace and Love? Look what happened. We went from Woodstock to Wall Street. The Baby Boomers could have changed the world with their sheer numbers but look what happened. Now Trump will most likely be the Boomer Legacy most likely. Not the music or the ideals of Woodstock which probably weren't really there to begin with. To bad. The Boomers blew it. Could have changed the world but instead ended up on Wall Street with a coke spoon up their nose.

Don't open your door and let these Antichrist people who are now trying to enter your house come in. Very dangerous.

America right now under the leadership of the new American Nazi's with AR-15's, the possible Antichrist and the fake CINO's who are Christian in name only are destroying all morals, values and any sense of decency ushering in an American dark age. The 40% are truly deplorable, demonic elements moving throughout American society, a vile people spitting out a dangerous Luciferian Virus much worse in the end than Covid 19 if and if we don't find a cure soon for their rabid Rabie disease of the mind sent by the devil himself its going to get much much worse. The killing has started like predicted under Trump. Fact is much stranger than fiction. The Universe is beyond human thinking. Even if Biden wins the election the Antichrist will still be here on Fox News and all those evil networks like Brietbart. He's not going away. Prepare yourself. Your body will die but your soul last forever. If the Antichrist crowd shows up and knocks on your door don't open it and let them enter your house. Very dangerous.

And Erik Prince is the General of the Black Water Army which consists of over 50,000 soldiers of the most demonic ruthless killers the world has ever known. And Eric "Prince Darkness" and his killers along with the 40% crazies support our selected Antichrist who is the King of the Crazies. If Biden wins which I doubt but if he does either way we are in BIG BIG trouble. Putin most likely has KGB Russian military in those war units too wearing those secret masks.Here comes the final coupe and the full on Dictatorship and the reign of the Antichrist that most people thought was myth come true. 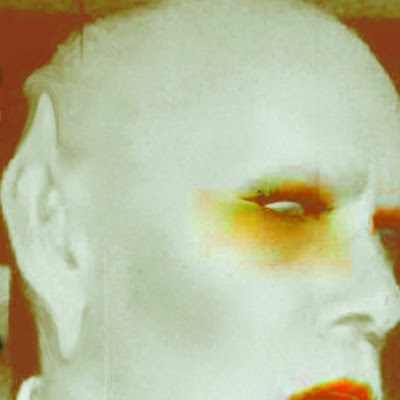 Supernatural Gears: Lenny Wiles Lionstar Marshal
Lenny Wiles Lionstar is a sci fi rock opera recording artist and creator of Lionstar Operatic Graphic Novel COMIX. His interest in the paranormal began while growing up on the family dairy farm in southern York "Hex County" Pennsylvania. He encountered many UFO's and had encounters with Reptilians and Annunaki. Lenny records with the Supernatural Gears of the Celestial Green Gospel and collaborates with many other musicians and recording artists in the area. Download Lionstar's music for FREE use, commercial or personal. Enter the Blood Moon Song Vault...... http://jamen.do/a/503956